How politically gullible are many evangelical Christians today? Recent efforts to manipulate the conservative and the WOKE base appear to be glaringly obvious so we might at least assume that the most dedicated progressive political operatives think we are virtually clueless.

“Subscribe to get full access to the newsletter and website, which includes 2020 analysis, faith in the news, current politics and essential reads for your week. Never miss an update.”

“You won’t have to worry about missing anything. Every new edition of the newsletter goes directly to your inbox.”

“Michael Wear is Chief Strategist for the AND Campaign and is the Founder of Public Square Strategies LLC. He is a leading expert at the intersection of faith, politics, and American public life. As one of President Obama’s “ambassadors to America’s believers” (Buzzfeed), Michael directed faith outreach for President Obama’s historic 2012 re-election campaign. Michael was also one of the youngest White House staffers in American history, working in the Office for Faith-Based and Neighborhood Partnerships. Michael is author of Reclaiming Hope: Lessons Learned in the Obama White House About the Future of Faith in America, and he is often published or quoted in The Atlantic, The Washington Post, USA Today and more.”

MICHAEL WEARS BLOG PROVIDES “EXCLUSIVE ANALYSIS OF THE 2020 PRESIDENTIAL RACE” -WHILE HE STILL WORKS FOR THE GOSPEL COALITION ?

discuss the backstory behind AND’s 2020 Presidential Election Statement. #AND2020 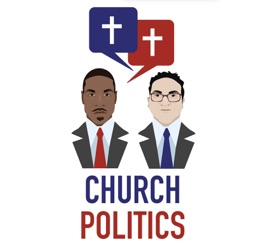 AND Campaign’s leadership discusses its recently released statement on the 2020 election. To sign the statement yourself, visit http://www.andcampaign.org/2020.

“Former President Barack Obama derided “call-out culture” in a speech at the Obama Foundation summit on Tuesday, saying achieving real change was more complex than being “as judgmental as possible.”

“This idea of purity and you’re never compromised and you’re always politically woke and all that stuff — you should get over that quickly,” Obama told a crowd in Chicago.”

“He added: “I do get a sense sometimes now among certain young people, and this is accelerated by social media, that the way of me making change is to be as judgmental as possible about other people and that’s enough.”

“Like if I tweet or hashtag about how you didn’t do something right, or used the wrong verb, then I can sit back and feel pretty good about myself because: ‘Man, did you see how woke I was? I called you out.'”

“The world is messy,” the 44th US president said. “There are ambiguities. People who do really good stuff have flaws. People who you are fighting may love their kids and, you know, share certain things with you.”

“That is not activism,” he concluded. “That is not bringing about change. If all you’re doing is casting stones, you are probably not going to get that far.”

A WARNING ON WOKE MARKETING

“There’s something wrong in the Democratic Party when former president Barack Obama is “looking like the voice of reason” to Republicans, Fox Nation host Tomi Lahren said Wednesday.”

“Appearing on “Fox & Friends” with hosts Steve Doocy, Ainsley Earhardt and Brian Kilmeade, Lahren said that “that’s when you know the Democratic Party has gotten this bad.”

WHILE WOKE IS THE NEW BLACK IN TGC /EVANGELICAL CIRCLES COUNT ON THE OBAMA RHETORIC TO BE MARKETED TO EVANGELICALS AND INFORMED BY HIS “AMBASSADOR TO AMERICAN BELIEVERS MICHAEL WEAR. …WAIT FOR IT …..

“Yesterday a dear brother asked me, “What do you think about woke church?” Seems these days all my blogging is answering questions of one sort or another. And this seems like a good question to answer publicly, since there’s so much talk about being “woke” or “wokeness” from both advocates and opponents.”

“I’m not sure this adds much to the discussion, but it’s the gist of my answer yesterday.”

“First, being “woke” isn’t at all new. I know Carl Ellis has been trying to help people understand that in some of his public talks. But it seems a lot of younger people think they’re experiencing something new. Solomon taught a long, long time ago, “there’s nothing new under the sun.”

Wears snappy screen quote is a bit ironic since HE has found his HOME both in the Obama camp AND in The Gospel Coalition .

In the 30 minutes it took to research this latest news from michael wear and compile this story -this writer was blocked on social media by Wear.

This is what it looks like when the most progressive President in US history speaks as the voice of concern to ill informed conservative evangelicals over #WOKE . Lesson Obama’s long time faith outreach guy @MichaelRWear  now works for  @TGC
In Fact the Obama comments were not directed at young WOKE evangelicals but were on the stage of his Foundation’s event and the WOKE  young evangelicals are avid consumers of left wing news outlets. It goes without saying Obama is playing to the self identified ” Woke ” and to those concerned about it in the conservative and evangelical community. Fox News took the bait.
MICHAEL WEAR AND THE GOSPEL COALITION
https://www.thegospelcoalition.org/profile/michael-wear/
Michael Wear is the founder of Public Square Strategies LLC and the author of Reclaiming Hope: Lessons Learned in the Obama White House About the Future of Faith in America.
Samples of his TGC work
Michael Wear explains how Christians should think about politics. How does the Bible shape my reaction to who wins and loses?
“Christians have unique resources from which to draw, to
What if liberal democracy doesn’t just bear the cratermarks
Wear Videos on TGC
https://www.thegospelcoalition.org/video/michael-wear-political-hopes-fears/

”  In this video, Michael Wear, founder of Public Square Strategies, explains how Christians should think about politics. How does the Bible shape my reaction to who wins and loses?”

Hope in a Polarized Age

“Wear is an evangelical Christian whose faith led him to seek justice and mercy in the world, and he sees that fulfilled through his work as a progressive Democrat. But he also longs to overcome polarization and find ways to work with conservative Republicans—including a candid assessment of our persistent disagreements—in order to move forward together toward the justice and mercy we all seek.”

“Part of the agenda of Reclaiming Hope is to establish that, in spite of the dysfunctions of the culture war, politics is good; it’s a primary mode of doing justice and mercy in God’s world. ”

“This book helped answer a question I and many others have long wrestled with: Why do people love Barack Obama? The admiration of Obama is hard to understand for those of us who have been on the receiving end of his untruths and broken promises, of IRS investigations designed to shut us down illegally, and many other abuses of power. We could see through the “hope and change,” “yes we can” nonsense; why didn’t they?”

“Wear shows that Obama did exceptionally well one of the most important jobs we rely on our political leaders to do: use words to express publicly our national commitment to justice and mercy. One reason America is going south in a handbasket is because very, very few of our political leaders are able to do this well. For those who paid more attention to him than people like me did, Obama did this job masterfully.”

“Unlike most political memoirists, Wear is often delightfully self-aware about his own foibles and those of his colleagues. (At one point he and other volunteers on a long car trip pass the time by singing together; after they sing a somewhat risqué song, one remarks: “This is exactly how Republicans imagine a Democratic faith outreach operation.”)”

“Wear’s defenses of Obama’s decisions are sometimes surprisingly persuasive. I didn’t expect to be convinced that it was good Christian prudence for the Obamas not to become members of a local church in Washington. I’m just about as militant a churchman as you’ll find, but I was persuaded by Wear’s case that a modern president brings through the door with him problems and complications sufficient to severely hamper the worship and community of any congregation he enters.”

“Nonetheless, Wear is what the nation needs more of, because the nation can have no moral consensus—no shared basis for doing justice and mercy together—if religion is only welcome in one political party. And he’s what the church needs more of, because the church can’t effectively bear witness for justice and mercy—which it must do in order to preach a gospel of justice and mercy!—if all the faithful Christians are in one political party. My judgment that conservatism (to the small extent it’s still a meaningful word) is preferable to progressivism is far less important than the undeniable fact that what the nation and the church need most is a moral consensus that transcends polarization.”

What the nation and the church need most is a moral consensus that transcends polarization.

“Conservatives and progressives are both defined by their strong sense of alienation from the advanced modern life they see around them; both view modern life as morally empty. Progressives like Wear tend to believe our moral emptiness consists of insufficient concern for the well-being of those in greatest need. Conservatives tend to believe the moral emptiness of modern life consists of an excessive focus on people’s material circumstances as the measurement of their well-being, to the exclusion of personal virtue and authentic spiritual community.”

HARD TO BELIEVE TGC  / OIKONOMIA’S BOSS WOULD BE THIS OBVIOUS ?

EXPECT MUCH MORE TO COME FROM THE COLLABORATION OF OBAMA’S FAITH AMBASSADOR TO BELIEVERS  AND  THE GOSPEL COALITION OF TIM KELLER  AS THE 2020 ELECTION CYCLE HEATS UP.

DON’T BE SURPRISED IF YOUNG COUPLES IN YOUR CHURCH AND YOUR  CHILDREN ARE BUYING IN . GREG FORSTER’S BOSSES AND WHOEVER ELSE IS FUNDING TGC HAVE PLENTY MORE WHERE THIS ALL CAME FROM .