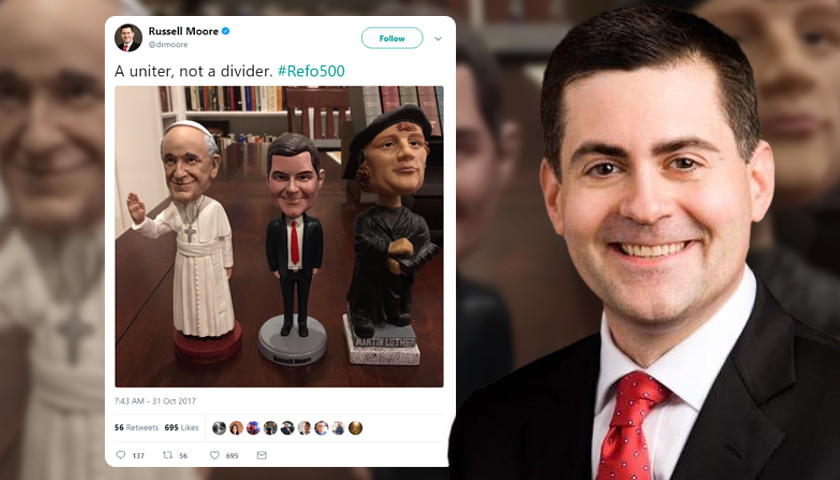 AGAIN take notice EC Task Force -This is how Russell Moore enters moves around and leaves the SBC annual event. None of the other SBC leaders who are more well known than Moore carry a visible security detail .
One has to ask is “Russell Moore scared of fellow Southern Baptist, is he just a very insecure person with some phobia of crowds , or is he actually delusional in regard to his own self importance?”
Perhaps he is just playing POTUS but if so Moore is playing at Southern Baptist expense.
Besides his devoted following among Seminary students and young rebellious progressives, Moore is far less known to the average Southern Baptist than men like Paige Patterson or Adrian Rogers. But his impact is felt by all Baptist in the compromised positions of the ERLC under his watch which have placed the political influence and the public integrity of the SBC in ill light for years . Those of us who  do know who he is and what he has been up to since 2013 are really quiet weary of him and his rhetoric .
Russell Moore does not represent Southern Baptist at least not honestly .
That should cover the issues you need to consider in the EC Task Force and that the ERLC Trustees should lay to heart . All of you should at least  make a mental note so you can know why you will soon be witness to a mass exodus from the SBC if the Russell Moore ERLC status quo remains after this task force investigation is done. CP giving will certainly be impacted by that development.
ONE MORE THING….
I would add as well- “Please look into Russell Moore’s bizarre obsession with Sex Robots .
It is simply too obvious not to bring up.
Thanks Rev Thomas Littleton
https://www.russellmoore.com/2018/06/01/should-you-worry-about-sex-robots/
https://www.desiringgod.org/interviews/where-americas-sex-ethic-is-headed
https://www.desiringgod.org/interviews/where-americas-sex-ethic-is-headed
SAMPLE OF RUSSELL MOORE SEMINARY “ETHICS CLASS TOPICS
” ETHICS CASE STUDIES(10pts @)1.How should Christians make use of Old TestamentLaw?
2.A member in yourchurch is part of the CIA. The membercomes to you and tell you that theyhavean overseas contact that theyarehaving sexual relations in order to gain intelligence. What advice do yougive this church member?Does your answer change dependon their marital status?
3.Is lying ever justified?
4.A member of your church is going to be deployed overseas for oneyear. They are married. The Department of Defensehas a contract with a sex-robot manufacturer. The member asks whether it is appropriate to use thesexrobot while separated from their spouse. What do you tell this member of your church?”
https://www.deseret.com/2019/4/15/20670870/what-faith-groups-have-to-add-to-debates-on-artificial-intelligence 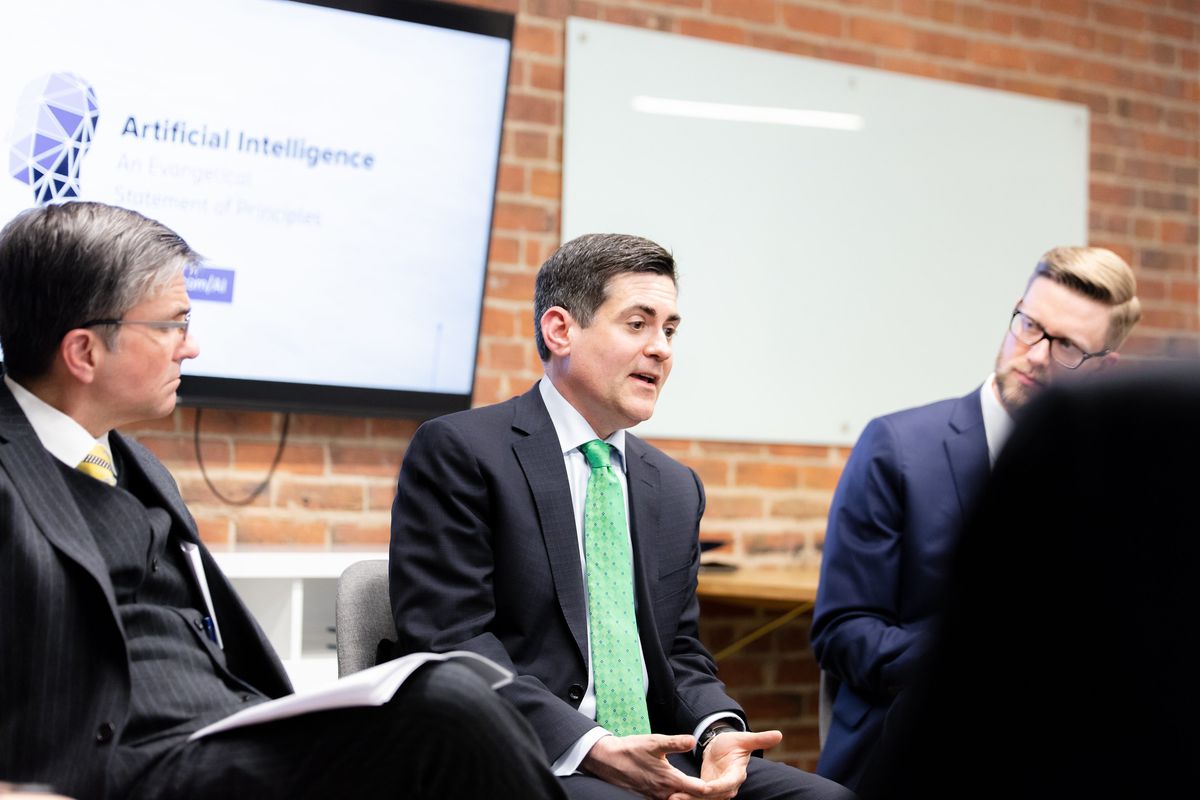 23 Now these are the last words of David.

Thus says David the son of Jesse;
Thus says the man raised up on high,
The anointed of the God of Jacob,
And the sweet psalmist of Israel:

2 “The Spirit of the Lord spoke by me,
And His word was on my tongue.
3 The God of Israel said,
The Rock of Israel spoke to me:
‘He who rules over men must be just,
Ruling in the fear of God.
4 And he shall be like the light of the morning when the sun rises,
A morning without clouds,
Like the tender grass springing out of the earth,
By clear shining after rain.’

5 “Although my house is not so with God,
Yet He has made with me an everlasting covenant,
Ordered in all things and secure.
For this is all my salvation and all my desire;
Will He not make it increase?
6 But the sons of rebellion shall all be as thorns thrust away,
Because they cannot be taken with hands.
7 But the man who touches them
Must be [a]armed with iron and the shaft of a spear,
And they shall be utterly burned with fire in their place.”