It is simply beyond time for the Southern Baptist ERLC President Russell Moore to admit his affection for and infatuation for most things homosexual.

Moore’s opening media appearance in 2013 in the Wall Street Journal was in praise of our “gay and lesbian neighbors ” who just needed “to be loved” while ignoring the massive LGBTQ+ agenda targeting marriage and the church during his good friend Barack Obama’s Presidency.

By 2014 Moore was offering an entire new set of talking points and special gay speakers for Baptist and evangelical public  “conversations” . Among those speakers was Sam Allberry the UK gay Anglican who is co-founder of his now repudiated  ministry and website “Living Out “. Living Out (or living as openly gay) features 5 gay priest including Allberry as they pine for male affection and attempt to redefine the churches view on homosexuality. Moore’s ERLC conference in Nashville for 2014 invited a host of pro LGBTQ activist and their highly funded lobbying organizations into the conference and behind closed doors to private meetings with Moore and other Baptist/ERLC leaders.

By 2018 Living Out was introducing an “LGBTQ” Church Inclusion Audit” in meetings with another Russell Moore pal Tim Keller. Living Out tweeted excitedly about a June UK conference in London with Keller whose wife called the LGBTQ Audit “Brilliant” while Living Out also tweeted  about “FOR OUR US AUDIENCE …REVOICE ”  a ST Louis conference pushing LGBTQ flourishing in the church”. Revoice  conference was a new movement which came straight from Moore’s Seminary SBTS by one of it’s New Testament Teachers Nate Collins. While Moore lied to Southern Baptist in June 2018 at the SBC annual  meetings in Dallas about any knowledge of Revoice – many of his ERLC underlings and Fellows were and do endorse Revoice .The rest of this unfolding story and movement is splitting multiple conservative denominations. More on that in articles at this web page as well. 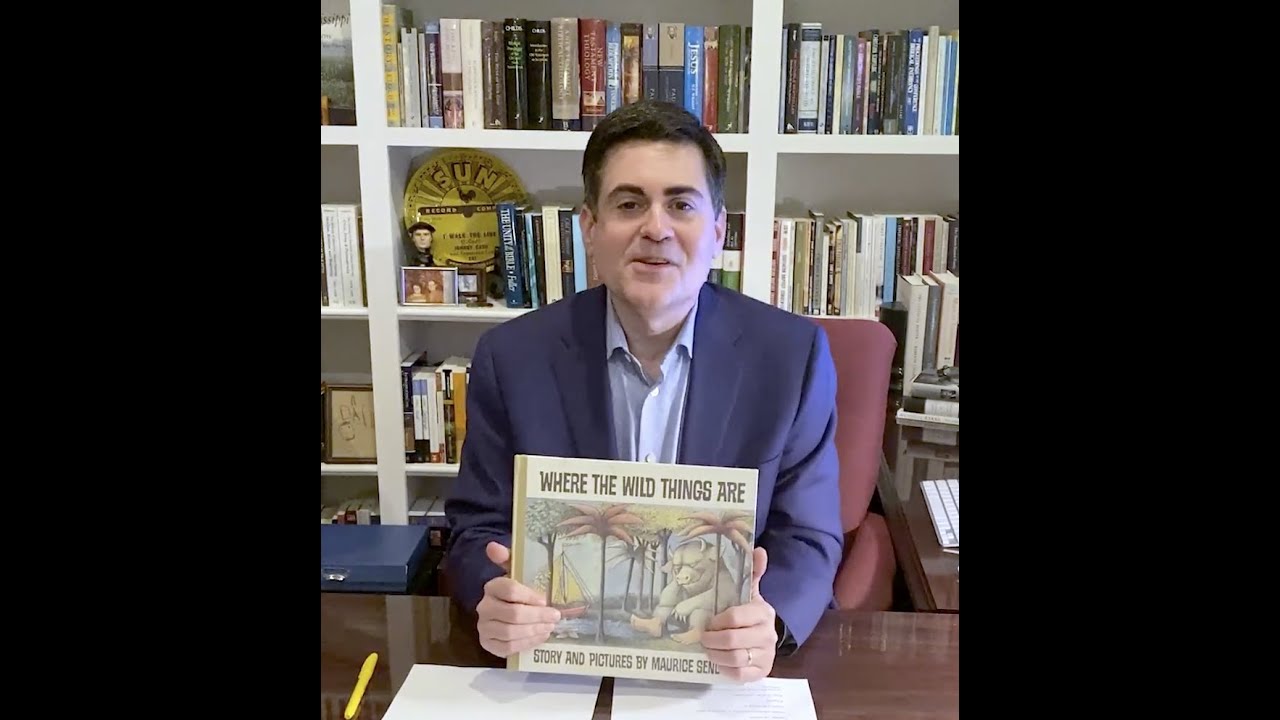 @drmoore
Talking about one of my favorite children’s books.
https://www.youtube.com/watch?v=a_6RXQBBRSc
“Reading in Exile: Maurice Sendak’s Where the Wild Things Are
In this video, I talk about Maurice Sendak’s classic work for children.”

“LET THE WILD RUMPUS START ” HAS RUSSELL MOORE HOWLING AT THE MOON.

Moore speaks about the author of the popular children’s book Maurice Sendak and a recent DOCUMENTARY FILM -( SEE BELOW REVIEWED BY LGBTQ SOURCES) about him. Moore points out that “the author (Sendak) is maybe bitter and afraid of death, but also really cynical and kind of  jaded …. but there is a lot that is really fascinating  about where his viewpoint is coming from WHEN HE WROTE WHERE THE WILD THINGS ARE” . … “my kids loved this book when they were little…. of all the books that we would read this might have been their favorite….. because I would always howl at the moon with them…”  ( Moore makes no mention of the homosexuality or Atheism of Sendak)

(NOTE : A Reader of this article pointed out Moore’s promotion of Sendak in 2012 – this was while he was still provost of SBTS and a year before he took over at the ERLC and was called by boss Albert Mohler” The  Man from Issachar”.

Russell Moore in 2012 at least points out Sendak’s Atheism and foul mouth but still mutes the fact of  his homosexuality .

“Maurice Sendak, who just died, doesn’t seem, at first glance, to have much to teach Christians. After all, he was an atheist with a cynical outlook and a foul mouth. But underneath all of that, I think, Sendak saw something of the fallen glory of the universe we followers of Jesus sometimes ignore.”

THE MAURICE SENDAK DOCUMENTARY – MOORE IS SPEAKING OF :

RUSSELL MOORE COULD NOT HAVE MISSED HIS CELEBRATED HOMOSEXUAL HISTORY.

Tell Them Anything
You Want: A Portrait
of Maurice Sendak

HIGH PRAISE FOR THE SENDAK DOCUMENTARY FROM LGBTQ MOVIE GUIDES 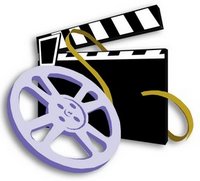 Tell them Anything you Want: A Portrait of Maurice Sendak

“This is a deeply moving portrait of Maurice Sendak, a seminal talent who is conflicted with his success, and whose lifelong obsession with death has subtly and ironically influenced his work. Now 81, Sendak is best known for his first book, Where the wild things are, which he wrote after spending ten years as an illustrator. Through his own words, firsthand photos, and illustrations, Sendak offers a rare, intimate, and unexpected look at his exceptional life.”
https://cnu.libguides.com/lgbt/movies
MORE REVIEWS

“The unconventional creator of iconic children’s books Where the Wild Things Are and In the Night Kitchen is given an equally idiosyncratic look in this diary-style documentary from directors Spike Jonze and Lance Bangs. In a series of conversations conducted over several years, Maurice Sendak is alternately reticent and forthcoming about his inspirations, his family history and what he’d like to accomplish in the future.”
STILL MORE REVIEWS
“LGBTQ art heroes continues with Maurice Sendak. It would be hard pressed to find someone who’s childhood wasn’t touched by his charming art. Famous for “Where the Wild Things Are” he illustrated many books throughout his life. He lived with his partner Eugene Glynn for 50 years.”
“His rough childhood was complicated by his closeted homosexuality. Ironically, Sendak died just days before Barack Obama’s historic pronouncement in support of gay marriage, although it’s hard to say if that would have affected his attitude. “I’ve always seen it as a dangerous, interloping thing,” he says with a sigh. “I missed a lot of fun.”
https://www.indiewire.com/2012/05/critics-notebook-how-spike-jonzes-doc-tell-them-anything-you-want-available-online-eulogizes-maurice-sendak-and-adam-yauch-47478/
MORE  ON SENDAK’S HOMOSEXUALITY
https://medium.com/@jerrygriswold/maurice-sendak-gay-identity-899867c305b7
“That said, to my way of thinking there is one thing missing in Cott’s otherwise comprehensive discussions of the book: how Sendak’s story takes up his identity as a gay male, albeit in a deeply symbolic way. It isn’t that Cott was unaware of Sendak’s sexuality. Indeed, in his lengthy introduction, he provides a sympathetic overview: noting how Sendak was in a long-term relationship with Eugene Glynn, his partner of fifty years, and how he didn’t come out until a 2008 interview in the New York Times when he was eighty years old. As for why he was closeted for so long, Sendak offered a tortured if familiar reason: “All I wanted was to be straight so my parents could be happy.”
“But another reason Sendak concealed his sexual identity was his worry that the public might turn on him if they learned that he was a gay man writing children’s books. It was a reasonable worry at the time. Indeed, while Sendak’s sexual orientation was widely known among his friends, we didn’t talk about it in public. That’s why Sendak was especially hurt and angered by John Updike’s 1976 New York Times review of his pictures for Randall Jarrell’s Fly by Night. Updike’s words — “nudity is unspecified in the text but looms specific in Sendak’s illustrations, one of which shows a prepubescent penis and another a rather inviting derriere” — seemed a crude attempt to “out” Sendak. Fear of reprisal from this type of innuendo was further evidence of the need for gay children’s authors to remain closeted.”
“This, more or less, was the social climate in which Outside Over There was written. It will not be surprising, then, that the book’s treatment of issues such as sexual orientation was deeply submerged. Moreover, Outside Over There, in its own secretive and symbolic way, was Sendak’s most personal book; he called it an “excavation of my soul.”
“Twenty-eight years after the publication of Outside Over There, the world was different and an eighty-year-old Sendak could proudly come out. And now, in retrospect, the story can be seen as one chapter in Sendak’s biography as a gay male.”
AGAIN
“….Sendak could proudly come out. And now, in retrospect, the story can be seen as one chapter in Sendak’s biography as a gay male. “

MORE ON THE IMPACT OF SENDAK IF YOUR NOT PERSUADED

“Sendak drew feelings — first and last, the feelings of small children. Over the years his subjects ranged from nursery-rhyme characters to life in a Polish shtetl to heroic nudes and portrait heads, but his work is grounded in  the life force of the young, girls and boys alike.” 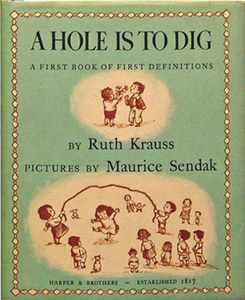 “Unisexism, or gender equivalence, showed its face — maybe for the first time on record — in A Hole Is to Dig (1952), where Sendak’s drawings illustrate Ruth Krauss’s collection of kids’ off-the-cuff definitions. Along with “A hole is to dig,” in multiple embodiments, we find the indelible “Eyebrows are to go over your eyes” and “The world is to have something to stand on.”

“Think of that! On his first try, Sendak had girls and boys doing what each was “supposed” to do. Krauss, a progressive thinker, pointed out that young kids didn’t behave that way and, according to Sendak, he made a few changes to eliminate the stereotypes. Altogether, he did more than that: there are no sex roles whatever in the pair-ups or group scenes, and no pat tableaux as a consequence. In an independent jacket drawing, moreover, one little boy holds a bouquet of flowers for another to sniff.”

“A Hole Is to Dig, small but mighty, liberated little girls from dolls-and-doilies more than ten years before Betty Friedan’s Feminine Mystique touched off the second wave of American feminism — and, along the way, freed little boys from being he-men.”

MOORE DEFENDS THE BOOK AGAINST DETRACTORS

Moore offers his “insight ” into the books plots and answers some of it’s critics but NEVER mentions that the books author is a well know homosexual and an Atheist. Still Russell Moore pathetically attempts to put a GOSPEL SPIN on one of his “favorite children’s books. ”

SEBTS PROVOST BRUCE ASHFORD ACADEMIC FOCUS IN HIS DISSERTATION AND MANY OTHER WRITINGS IS GAY ATHEIST PHILOSOPHER LUDWIG WITTGENSTEIN .

“Ashford’s ETS presentation 2007 on Wittgenstein -who is also the topic of his SEBTS doctoral dissertation .”

What other skeletons lurk in the bookshelves of Russell Moore – the head of the SBC’s ERLC? Do we really want Moore recommending books for our children? What about his unchecked influence on your pastors in training at SBC seminaries like SBTS where Moore taught under mentor Albert Mohler for over 20 years?

WHERE DOES THE AFFECTION FOR GAY CULTURE END WITH RUSSELL MOORE AND HIS BAPTIST BRETHREN ?

WALK IN THE LIGHT

8 For you were once darkness, but now you are light in the Lord. Walk as children of light 9 (for the fruit of the Spirit is in all goodness, righteousness, and truth), 10 finding out what is acceptable to the Lord. 11 And have no fellowship with the unfruitful works of darkness, but rather expose them. 12 For it is shameful even to speak of those things which are done by them in secret. 13 But all things that are exposed are made manifest by the light, for whatever makes manifest is light. 14 Therefore He says:

“Awake, you who sleep,
Arise from the dead,
And Christ will give you light.”

15 See then that you walk circumspectly, not as fools but as wise, 16 redeeming the time, because the days are evil.