Evangelical Christians continue to observe an unprecedented infiltration of our churches and institutions which is designed to weaken the historic “faith and family values” and voting convictions of engaged conservatives. Leaders like Russell Moore of the Southern Baptist ERLC and Presbyterians like Tim Keller are using their parachurch organization The Gospel Coalition (TGC) and funding from “social justice” communitarian foundations to drive rabidly anti -President Trump and pro “Third Way” politics.

TGC EDITOR JOE CARTER CALLS FOR PRESIDENT TRUMP TO BE REMOVED FROM 2020 TICKET:  https://pulpitandpen.org/2019/05/04/is-the-gospel-coalition-editor-joe-carter-a-shameless-racist/  Joe Carter, editor for the Gospel Coalition, recently drew conservative criticism for his inflammatory remarks in an article in which he asserted that Christians are racist and anti-Semitic for being concerned about Cultural Marxism and Frankfurt School influences in the evangelical community.  This is despite a growing movement of concerns over such infiltration as reflected in the recent “Dallas Statement” against Social Justice. Carter even inferred that a recent synagogue shooter shared such sentiments and was evangelical.  Note Carter is also chief message man for the ERLC.

THE GOSPEL COALITION EDITOR JOE CARTER’S ANTI-TRUMP RANT COMMON IN TGC MEDIA OUTLETS: Joe Carter stated: Maybe. If it was only his sexual life. But Trump is craven, immoral, a liar, a cheat, habitually dishonest, racist . . . I could go on and on. He’s mentally and morally unfit for any office, much less the presidency… Will you join me in calling for his removal from the ticket…?

BLACK LIBERATION THEOLOGY AT BAPTIST SEMINARIES IN THE NAME OF “RACIAL RECONCILIATION”:  In a recent NY Times interview a professor from conservative Southern Baptist seminary SEBTS boasted in an opinion piece that “radical thinkers have found their way into the citadels of white evangelicalism.” https://www.nytimes.com/2019/04/20/opinion/sunday/black-evangelicals-diversity.html

While professor Walter Strickland (also a new Colson Center Fellows faculty) admits he is careful “not to name Rev .Dr. James Cone” to his listeners, Strickland, a leader of a Kingdom Diversity Initiative, openly admits that he spent years studying in “majority white evangelical schools where he mastered the idiom of the Christian Right”.  The NYT article goes on to point out that “Seminaries like SEBTS play a crucial role in shaping the mindset of future pastors.” Pastors under Strickland and other faith social activist are adopting Cone ideology and taking the leadership of once conservative churches near you.

THE GOSPEL COALITION CONTINUES ANTI-TRUMP EFFORTS AND WILL ONLY GET WORSE: “Stop Saying 81% of White Evangelicals Vote for Trump”.  https://www.thegospelcoalition.org/blogs/justin-taylor/stop-saying-81-white-evangelicals-vote-trump-probably-less-half/

It is time for conservative evangelicals to unify in opposition to progressive infiltration, expose it and turn the tide that is undermining the church role in our culture as salt and light and preserving liberty.

Read more on these concerns and the evangelical infiltration written by Reverend Thomas Littleton at https://thirtypiecesofsilver.org/why-thirty-pieces-of-silver/ 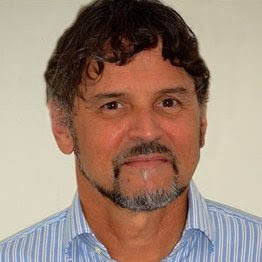