Once the fact that the Parks / Briarwood staffer file/” Dossier” was exposed to be totally FALSE – not a word of it being Littleton’s writings -NO effort of repentance was made . – Even AFTER Harry Reeder had distributed it and  Reeder even accused  Littleton of “breaking the 9th commandment” boasting he was “big on the 9th commandment .”  NO repentance or apology was EVER issued by Reeder and his underlings . The Parks Brothers maintained the work they had done on Briarwood and CMMA time was “correct even though it was wrong .”  Or in the words of Dan Rather the dossier “was false but accurate ”

Yes you read that right .
CMMA Director made no attempt to apologize or correct his role in the “dossier” while his brother Benny Parks who compiled and passed it along framed his apology as”I am sorry that what I did made you and your wife conclude that I am not trustworthy .”
RETRIBUTION -CMMA/ BRIARWOODS DIRTY DEED AND REEDERS MAN IN THE ROOM
On Monday Night the 22nd of July 2019, Littleton’s wife was called into a meeting of the CMMA board to continue the agenda launched against her on July 12TH.  By Wed the 24th the letter removing Littleton’s wife from the CMMA Board with zero due process or justification was drafted and mailed. It was received late on Saturday the 27th by the Littleton’s.  No record of the proceedings or the vote or support FOR her was provided- just the usual flowery words before the boot.
The letter simply ended “sincerely, CMMA Board.” No names or signatures to validate it .
NONE of the unorthodox, unethical, inappropriate and bizarre behavior demanding to meet with Littleton’s wife alone- about her husband without her husband present -or the effort to intimidate her in the line of a funeral memorial  by a Briarwood elder /CMMA board member were addressed at all. NO effort to RESOLVE that with the Littletons has been made.
The unethical proceedings being overseen by an angry and uninformed Briarwood employee  PCA elder/ Reeder operative Jim Alexander – were not examined or confronted. Alexander -a pastor who is “Reeders eyes and ears in the Board Led Ministries ” carried out the Monday meeting with no effort to understand or access  both sides of the issues or to even speak once with the Littleton’s on the issues.
PAID TO RAGE AT BRIARWOOD
The Littleton’s have worked with Bobby Parks the CMMA director peacefully for over a decade -even for 4 years in the shadow of his growing animosity. This animosity culminated in the targeting of Littleton’s wife but neither Reeder nor Alexander -his elder operative in the CMMA Board confronted these obvious and glaring realities. Not even when these tensions were observed and questioned by the CMMA Board .
Bobby Parks’ angry and admittedly sinful actions have not been addressed and he remains -as  of this writing – in the employ of CMMA. His Brother Benny Parks remains the third in command in Reeder’s Briarwood staff.  It seems clear that Briarwood PCA church are paying these men to engage these kinds of activities about which the congregants know nothing  and the are not held accountable no matter how unjustified .
DETAILS CONFIRMING THE CMMA BOARD AND THE LITTLETONS ROLES IN CMMA.
The Details below are from the CMMA website
CMMA IS A BOARD LED MINISTRY ON BRIARWOOD CAMPUS
http://cmmauab.org/cmma-boards.html 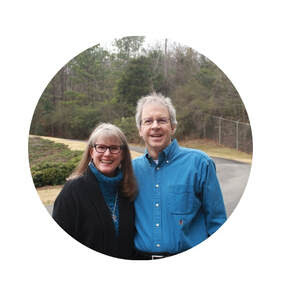 Executive Director
Bobby Parks , M.Div.
PHOTO FROM CMMA WEBSITE -OF LITTLETONS LEADING ONE OF MANY MISSIONS TRIPS WHICH THEY PLANNED/SUPPLIED THE CLINICS.  THE RELATIONSHIPS BUILT DURING THESE MANY YEARS WILL ENDURE THE CMMA ASSAULT.
http://cmmauab.org/dental-ministry.html 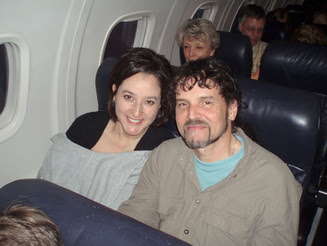 Dr. Karen & Rev. Tommy Littleton
IT AIN’T OVER UNTIL HARRY REEDERS REPRESENTATIVE RUNS THE BOARD
The CMMA Board meeting held on Monday July 22nd was NOT conducted by the Board but by Harry Reeder’s recent hire from Colorado Springs Jim Alexander.  Alexander has spent years pastoring a church of 130 people but does seem to fit right in at the mega church under Reeder as his “Eyes and  Ears” and in this case as the “heavy ” or “Harry’s Hatchet Man ” as some Briarwood leaders have called it. His job in this case was  to organize a meeting with 10 MEN  to confront ONE  woman ( Littleton’s wife) and force her to incriminate herself off the CMMA Board in retaliation for her husband’s ministry .
HOW TO BULLY WOMEN AND CALL IT BIBLICAL AUTHORITY
Perhaps somewhere in the “Tim Keller school of  THE PROPHETS”  for pastoring  TGC churches they teach these guys how to bully women.  Alexander was less that professional and quiet rude on multiple occasions so he might have failed that course at TGC and need a repeat.
LIKE BRIARWOOD ITSELF ALEXANDERS LONG TIME PASTORATE IS A TGC AFFILIATE
https://www.thegospelcoalition.org/church/cheyenne-mountain-presbyterian-church/
Jim Alexanders long time church Cheyenne Mountain PCA is a TGC affiliate Harry Reeder has made the  decision to remain in TGC even with many concerns expressed from PCA and Briarwood members . The methods to which they have continued to resort against Littleton and now his wife on multiple fronts call into serious question the motives of these men who resort to such tactics and begs the question “what has made them so paranoid- enough to resort to using such tactics?
CHRISTIAN MEDICAL MINISTRY OF ALABAMA BOARD IGNORANCE
Although The CMMA Board was given a one sided -long view of the issues with the the CMMA Director Bobby Parks including emails spanning several years- no opportunity was given to either of the Littleton’s to give context to those emails or the long standing tensions that exist. No calling to account of the Board member who is also a Briarwood elder who repeatedly acted out of bounds with Littleton’s wife were made.
The decision to oust her from the Board came under the direct leadership of Pastor Harry Reeders elder /employee Alexander who never attempted  to hear or present both sides- but simply to facilitate and oversee the inquisition and condemnation of Littleton’s wife. The job at hand was to remove her from the CMMA Board. If that is all that mattered – then “mission accomplished “
The outcome is that CMMA is still in danger and those to whom it ministers are in even greater danger by the VERY issues the Littleton’s stood their ground to warn them of. This was illustrated in the first on campus meeting at UAB School of Dentistry for 2019 as THE VERY concerns which were expressed over many years to CMMA leader Parks played out in living color as students are concerned about faith based community clinics into which they are being recruited.  CMMA – to date remains a recruiting grounds for these problematic “ministries ” to access the hearts minds , skills and callings of young medical students in it’s care.
Briarwood and  CMMA leadership and Board may be pleased with the current  outcome . Still they cannot expect that no one is going  to notice as these unsustainable models play out and implode .The willingness to compromise the Gospel and your own mission becomes blindly obvious /glaring to everyone except the perhaps to those who have refused to consider them.
Ephesians 4
25 Therefore each of you must put off falsehood and speak truthfully to your neighbor, for we are all members of one body.
Proverbs 11
3 The integrity of the upright guides them, but the unfaithful are destroyed by their duplicity.
Proverbs 12
17 An honest witness tells the truth, but a false witness tells lies.
Proverbs 21
3 To do what is right and just is more acceptable to the LORD than sacrifice.
James 3
17 But the wisdom that comes from heaven is first of all pure; then peace-loving, considerate, submissive, full of mercy and good fruit, impartial and sincere.
1st Peter 3
10 For, “Whoever would love life and see good days must keep their tongue from evil and their lips from deceitful speech.
11 They must turn from evil and do good; they must seek peace and pursue it.
12 For the eyes of the Lord are on the righteous and his ears are attentive to their prayer, but the face of the Lord is against those who do evil.”
1st John 3
18 Dear children, let us not love with words or speech but with actions and in truth.