OR PERHAPS WE SHOULD ASK-HOW CAN THE PEOPLE WHO CAN’T GET HUMAN SEXUALITY RIGHT WITH THE BIBLE -BE TRUSTED TO OBSESS AND ADDRESS ROBOTIC INTERCOURSE ?

Very real and recent victories in the pro life battles of the last decades are being won in state after state while the Southern Baptist chief ethicist and advocate for Religious Freedom is Missing In Action. It seems that Russell Moore’s backdoor involvement in promoting Revoice LGBTQ+ Flourishing in Christian Churches and other business like redefining Pro- life issues to include his Evangelical Immigration Roundtable Muslim resettlement agenda may have mixed with his recurrent obsession with the topic of sex robots to distract him. Any real anti abortion victories and the current momentum that should occupy this attentions may simply not have space on the Russell Moore ERLC radar screen.

“The Southern Baptist Ethics and Religious Liberty Commission (ERLC) did not speak at a Tennessee legislative national study of a proposed Pro-Life Bill, according to local pro-life advocates. The absence of the ERLC angered many conservative evangelicals attending the high-profile event—an event that attracted national Pro-Life and pro-abortion groups.”

“The ERLC has promoted many “critical” issues over the last few years. In April 2019, the ERLC led by Dr. Russell Moore issued a Statement of Evangelical Principles on AI. In 2015, the ERLC issued “Every Living Thing: An Evangelical Statement on Responsible Care for Animals.” In the same year, the ERLC’s head promoted Tennessee’s ban on animal fighting. Dr. Moore attended the signing ceremony. (Via: WordFoundations.com)”

“In May when grassroots groups like Nowlin’s began asking for ERLC participation, Russell Moore was publishing videos on Aliens (the outer space kind) and Christianity.”

“Perhaps the ERLC could take time from aliens to save babies?”

SO WHAT IS OCCUPYING THE THOUGHTS RUSSELL MOORE  THESE DAYS?

“Would you ever baptize a robot? How about a human clone? How about some other form of bio-engineered human life-form?”

“Whenever I raise some of the most pressing questions, they seem, to most people, to be like science fiction,” said Moore, president of the Ethics & Religious Liberty Commission, the public policy arm of the Southern Baptist Convention, America’s most prominent evangelical Christian denomination.

He doesn’t mean the questions that way. To Moore, sex robots, artificial intelligence and other technological developments are serious business.

“This is what’s been keeping me awake at night for years,” Russell Moore  said.

So he’s trading questions for statements.

“This week, Moore’s organization released “Artificial Intelligence: An Evangelical Statement of Principles,” a declaration he hopes will help guide humanity through overwhelming technological and scientific change. Developed through dialogue with medical, legal, political, technological and ethical experts, it urges caution as well as creativity.”

In 2018 Russell Moore visited the topic YET again multiple times

In April  interview / report featuring Moore and the ERLCs work on this issue :

‘I, Robot’ and Imago Dei: The Dangerous Mix of Sex and Tech

“At the end of 2017 a Barcelona, Spain, brothel made news when it opened. Customers had to pay online before being given the secret location. At this location, passersby have no idea what lies behind the walls as they walk along the street.”

“This brothel, claiming to be the first of its kind, doesn’t hire human workers. It employs robots.”

“Ethics and Religious Liberty Commission President Russell Moore warns technology-based sexual commodities may, within the next few years, be a reality that hits closer to home.”

“During a recent leadership event where sexual ethics were discussed in a panel, Moore said we are, indeed, “heading into augmented reality,” and offered some insights on what makes technology in the context of sexuality damaging for society—and the church.”

“I think the most dangerous thing is not sexuality added to technology,” said Moore.”

“It’s an understanding of sexuality that sees sexuality as a kind of technology. Wendell Berry, several years ago, talked about the fundamental issue in culture is whether we see humans as creatures or machines.”

“Referencing Berry’s comments regarding the way many refer to the inner workings of themselves and others—such as This is the way I’m wired and I want to find out what makes him tick—Moore asserted society has already begun the trend of ascribing attributes of a machine to humans.”

“This language is machine metaphors in a way we don’t even realize,” he said. “That’s not accidental—it’s a symptom of a larger way we see ourselves. We also see this in a dismissal of sexual ethics issues.”

“Moore also sees a correlation between transgender issues and the Imago Dei implications spurred on by the seemingly pervasive view of humans as machines.”

“When someone says, ‘I am who I am secretly inside of me and I’m altering my body as just a tool to fit that,’ and you add to that what’s taking place with technological developments, we’re at a precipice,” he said.”

“And right now I’m dealing with parents who are asking questions [about this topic] because the children are three steps more tech advanced than they are.”

“Will there really be sex robots?”

“How will A.I. affect our understanding of human sexuality?”

“A.I. and other emerging technologies are rapidly creating new opportunities and challenges in many areas of our lives. One of the most important questions raised by these technologies concerns their affect upon our understanding of sexuality.”

“In this episode of Signposts, I address these questions and think about how Christians should prepare now for a future defined by such novelty and innovation.”

“Listen above, and be sure to subscribe to get new episodes of Signposts as they are released.”

IS ARTIFICIAL INTELLIGENCE SIMPLY EATING AWAY AT RUSSELL MOORES MIND

ERLC has even prepared a 12 point statement about :

IS RUSSELL MOORE CAUGHT IN AN INTELLECTUAL VACUUM ?

In this project Russell Moore is partnering with Revoice leader Matthew Lee Anderson and other compromised folks tied to the ” LGBTQ+ Christianity “and Social Justice movement on campuses like Wheaton and SEBTS. and with a host of Revoice and Mark Yarhouse friends who can’t seem to get human sexuality right . Why turn to them for guidance on robotic sexuality ? Do they provide some insights into Moores obsession  with artificial intercourse?

Some of the ERLC AI signatories are a luminous group of out loud thinkers in the ERLC/ TGC echo chamber.

(DTS is a favorite stop over of Yarhouse LGBT Christian messaging )

(DTS is a favorite stop over of Yarhouse LGBT Christian messaging )

(CT is a major Revoice supporter -and former Editor in Chief Andy Crouch is now in Revoice leadership . https://revoice.us/our-leadership/ )

(Said to be “Brilliant” ERLC Fellow who endorsed Revoice from 2018 )

Will there really be sex robots? How will A.I. affect our understanding of human sexuality? Listen to Russell Moore‘s answers on this episode of Signposts:

About this website
RUSSELLMOORE.COM
Should you worry about sex robots? – Russell Moore
Will there really be sex robots? How will A.I. affect our understanding of human sexuality? A.I. and other emerging technologies are rapidly creating new opportunities and challenges in many areas of our lives. One of the most important questions raised by these technologies concerns their affect up…”

The FAQs: What Christians Should Know About Artificial Intelligence

“The Question
This question takes place sometime in the
future, in your ministry. Joan is a fifty-year-old
woman who has been visiting your church for a
little over a year. She sits on the third row from the
back, and usually exits during the closing hymn,
often with tears in her eyes. Joan approaches you
after the service on Sunday to tell you that she
wants to follow Jesus as her Lord.
You ask Joan a series of diagnostic questions
about her faith, and it is clear she understands the
gospel. She still seems distressed though. When
you ask if she’s repented of her sin, she starts to cry
and grit her teeth.”

“She wasn’t born Joan. She was born John. From
early on in John’s life, though, he felt as though he
was “a woman trapped in a man’s body.” Joan says,
“I don’t mean to repeat that old shopworn cliché,
but it really is what I felt like.”
Joan tells you that when she was twenty she
began the process of “transitioning” from life as a
man to life as a woman. She underwent extensive
hormone therapy, followed by extensive plastic
surgery—including so-called “gender reassignment surgery.”

She has lived for the past thirty years—physically and

“ETHICS CASE STUDIES (10pts @)
1. How should Christians make use of Old Testament Law?
2. A member in your church is part of the CIA. The member comes to you and tell you that
they have an overseas contact that they are having sexual relations in order to gain
intelligence. What advice do you give this church member? Does your answer change
depend on their marital status?
3. Is lying ever justified?
4. A member of your church is going to be deployed overseas for one year. They are
married. The Department of Defense has a contract with a sex-robot manufacturer. The
member asks whether it is appropriate to use the sex robots”

IT APPEARS MOORE WAS NEVER AS CONCERNED ABOUT REDEFINING MARRIAGE AS HE IS ABOUT ARTIFICIAL INTERCOURSE .

“Evangelical theologian Russell Moore, the president of the Ethics and Religious Liberty Commission of the Southern Baptist Convention, argued that although same-sex marriage is now the law of the land, churches “should not panic” or cave in to that decision.  ”

“Moore, who wrote an op-ed in the Washington Post, pointed out that the Supreme Court “has disregarded thousands of years of definition of the most foundational unit of society.” However, he urged Christians not to be dismayed by this development.”

IS RUSSELL MOORE -DISTRACTED AND OUT OF STEP WITH CONSERVATIVE CHRISTIANS

The SBC and TGC are left with a chief ethicist and political spokesperson who lives in a world all his own- thinking that pro life means embracing his progressive politics and the full spectrum of his beliefs rooted in his days as a Democratic Staffer. Protecting the Image Dei for Moore means floating along the cultural mainstreams to identify what is important . Meanwhile a real global battle is being waged and meaningful victories  won by faithful believers- NO THANKS due to Russell Moore or the $4 million dollar annual budget of SBC $$$ spent on the ERLC. 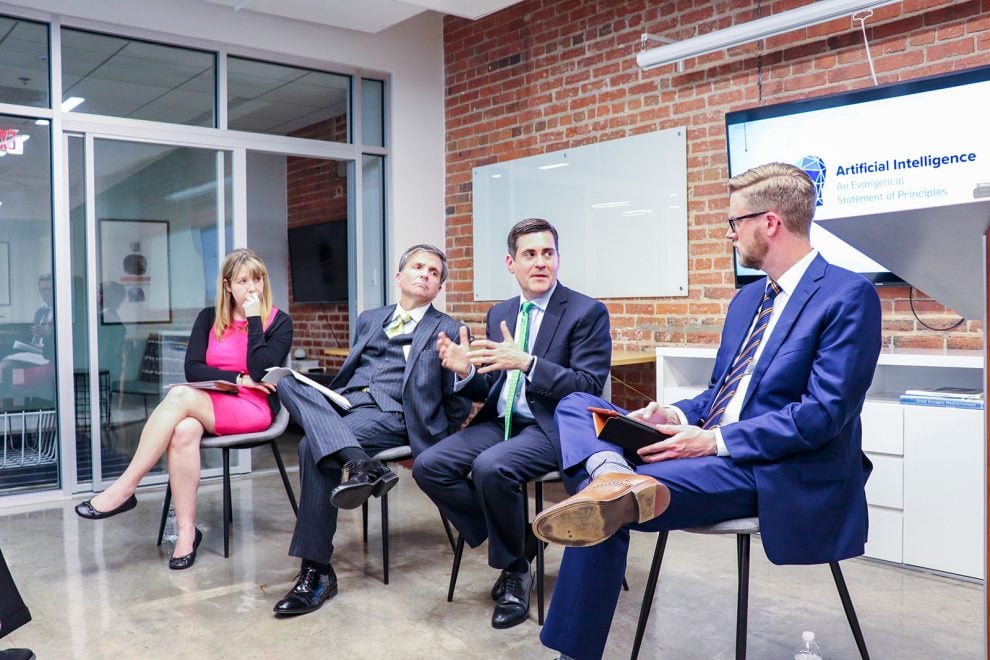 “But while his men were sleeping, his enemy came and sowed tares among the wheat, and went away.

“For many walk, of whom I often told you, and now tell you even weeping, that they are enemies of the cross of Christ,”