The Gospel Coalition is collaborating with the Obama Foundation’s “Ambassador to America’s Believers Michael Wear and the radical – SOCIAL JUSTICE racial “& CAMPAIGN”.  The first two stories revealing this bizarre collaboration are linked below. This movement gets even more bizarre as we enter the 2020 election cycle .

The leaders of the Southern Baptist ,along with entities like Desiring God ( Passion Conferences ) and The Gospel Coalition have long used “Christian Hip Hop ” to platform young minorities billed as modern day prophets to the church and attract young white and minority audiences for their  urban church planting strategies . Never mind these SBC/ TGC  leaders look  like the nerdy white boys trying to appear “with it” -“hip”- because in reality Hip Hop culture does not fit with their tightly managed “reformed theologian scholars” image. Still there is a payoff for the “nerdy urds” of SBC/ TGC/ PCA leaders.

Having corralled the urban interest and placed the soundtrack of “Christian Hip Hop ” to the TGC brand of reformed theology and  folded in a HEAVY DOSE  of social justice false gospel – these change agent leaders from two major conservative Christian denominations (the SBC and PCA and others ) are attempting to migrate the young whites , African American and Hispanic minorities right into the “Obama Foundations Ambassador to America’s Believers ” Michael Wear and the “&CAMPAIGN” movement. The  effort is so seamless it goes almost unnoticed .

Like the slave traders of old, TGC white evangelical leaders have loaded the cargo hold of their neo-reformed justice gospel ship with the souls of a generation and launched for foreign shores to sell them off and sell out their FAITH . Destination ? Securing their target cargo into the Democratic plantations where minorities have long been used and pandered to for votes for decades by people who care nothing about their real  “urban  plight ” or the lives or FAITH of those its slave trade ships have trafficked .

Some of these key TGC  leaders have no doubt learned their skills from the Democratic strategist . Some of the TGC are simply nothing more than Democratic Party/ Obama representatives . While others in  TGC may simply be just practitioners of the world’s oldest profession …and will bed down with anyone for a few dollars.

( READ THESE PREVIOUS ARTICLES FOR MORE DETAILS ON TGC COLLABORATION) A HISTORY IN TGC’s ROLE IN “CHRISTIAN HIP HOP”

The Gospel Coalition and John Piper have been major promoters of the Christian Hip Hop scene .

SBC’s NAMB (North American Missions Board) RAPZILLA AND REACH RECORDS  have been at the cutting edge of this neo reformed + Christian Hip Hop  movement as Desiring God and TGC have featured the artist in their events , conferences , and publications for well over a decade .

SBC’S NORTH AMERICAN MISSION BOARD IS A SIGNIFICANT PARTNER

NAMB leader D A Horton is a leader in the &CAMPAIGN. Multiple other & CAMPAIGN  leaders are in the NAMB urban church planting leadership as well as TGC.

Horton has a long history in the Christian Hip Hop world working with Reach Records and was once the head of Atlanta based  Reach Records non profit “Reach Life Ministries” . RLM  is now shut down it’s remains converted into use with an urban school .

D A Horton is a NAMB Send Network Church planter in Longbeach CA and a long time NAMB/ SEND leader . He is also an ERLC contributor for Russell Moore. ( more on Moore later )

“D.A. Horton serves as Pastor of Reach Fellowship a church plant in North Long Beach, CA & as Chief Evangelist for the Urban Youth Workers Institute (UYWI). Prior to his current roles, he served as an urban church planter/pastor in Kansas City, Missouri, a National Coordinator of Urban Student Ministries at the North American Mission Board (NAMB) and the Executive Director at ReachLife Ministries, the non-profit ministry of Reach Records.”

“REBRANDING THE SBC” A PROUD HORTON AND NAMB

D A Horton boasted in a 2016 interview about rebranding of the SBC by (TGC )leaders like Russell Moore- David Platt . Urban Church Planting and Hip Hop culture have played a significant part of the “REBRANDING ”  which Horton is so proud of in the SBC.

Why I Engage in the SBC: D.A. Horton

“Why I engage the SBC”

“To this day I’m often asked, “D.A. why are you still involved with the SBC?” My answer is simple; I walk them through the progress I’ve witnessed regarding my five convictions.”

AND SBC / TGC LEADERS FROM A WIDE CIRCLE

David Daniels is a columnist at Rapzilla.com and the managing editor of LegacyDisciple.org. He has been published at Desiring God, The Gospel Coalition, Christianity Today, CCM Magazine, Bleacher Report, The Washington Times and HipHopDX.

THE WITNESS :A BLACK CHRISTIAN COLLECTIVE is run by  TGC speaker JEMAR TISBY 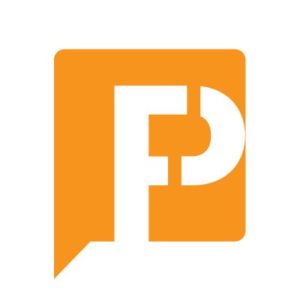 These two SBTS professors and Legacy Disciple stable mates are both TGC affiliated and are part of the controversial promotion of critical race theory  (CRT) in the SBC .Woods was leading  the SBC 2019 “Resolutions Committee ” which turned a CA pastors condemnation of the Cultural Marxist tools into RESOLUTION 9 – AFFIRMING THE USE OF CRITICAL RACE THEORY AND INTERSECTIONALITY IN THE SOUTHERN BAPTIST .

book the gospel in color will be released

conference in Chicago, IL in July. There will be opps to win free signed copies

workshop on hermeneutics will have book give aways. 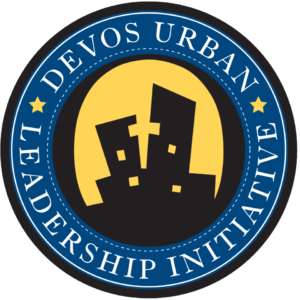 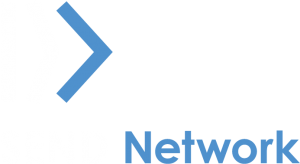 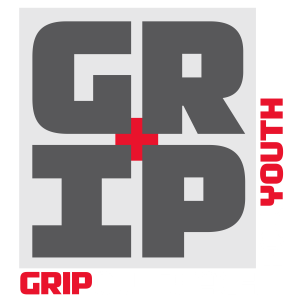 RAPZILLA COVERS THE NEWS FOR & CAMPAIGN AND CHRISTIAN HIP HOP

Sho Baraka transcends political parties with The AND Campaign

( Photo from the & campaign social media )

ON TO FRONT PORCH / &CAMPAIGN AND ERLC’s RUSSELL MOORE (The brothers on The Front Porch (left to right): Thabiti Anyabwile, Louis Love, and Tony Carter.)

“No one saw the 2016 presidential election coming. No one predicted the effect the election would have on the country—and the Church. To some extent, our tribalism has been exposed and perhaps deepened. Unity has become more fragile.

In all likelihood, the Church will face the same stark choices and the same potential for misunderstanding, disunity and tribal politics. This time, however, we have an opportunity to approach politics and the election differently… like Christians… like the pilgrims and aliens we are in the world.

The goal of Just Gospel 2020 is NOT to engage in partisan debate or endorse any party’s platform. Nor is our goal to bind the consciences of attendees to a particular policy prescription the Bible does not require. We will not recommend or even comment on any candidate.

The Just Gospel 2020 conference goal is to help Christians think biblically and deeply about being Christians and taking our Christian identity and perspective into our political lives. We hope to aid each other in our discipleship. We are “strangers and exiles on the earth” who “desire a better country, that is, a heavenly one” (Heb. 11:13, 16). We hope to model how Christians who differ in secondary and political matters can nevertheless do so charitably and in a way that preserves both unity and freedom of conscience. We hope to make a difference—for the Church and the country.

We need and want healing conversations that serve the Church We need pilgrim politics that bear witness to Christ and Kingdom to which we are headed. Join us!”

“Justin Giboney is an attorney and political strategist in Atlanta, GA. He is also the Co-Founder and President of the AND Campaign, which is a coalition of urban Christians who are determined to address the sociopolitical arena with the compassion and conviction of the Gospel of Jesus Christ. Mr. Giboney has managed successful campaigns for elected officials in the state and referendums relating to the city’s transportation and water infrastructure.”

“In 2012 and 2016, Georgia’s 5th congressional district elected him as a delegate for the Democratic National Convention and he served as the co-chair of Obama for America’s Gen44-Atlanta initiative. A former Vanderbilt University football player and law student, Justin served on the Urban League of Greater Atlanta Board of Directors. He’s written op-eds for publications such as Christianity Today and The Hill.”

“Russell Moore is president of the Ethics & Religious Liberty Commission of the Southern Baptist Convention, the moral and public policy agency of the nation’s largest Protestant denomination.”

OTHER JUST GOSPEL 2020 SPEAKERS FROM TGC INCLUDE

DAVID PLATT- TGC/ERLC AND SOUTHERN BAPTIST FORMER LEADER OF THE INTERNATIONAL MISSIONS BOARD OF THE SBC.

WHY IS THIS HAPPENING IN CONSERVATIVE EVANGELICAL CIRCLES LIKE TGC?

“No one saw the 2016 presidential election coming. No one predicted the effect the election would have on the country—and the Church. To some extent, our tribalism has been exposed and perhaps deepened. Unity has become more fragile.”

BUT THE DO SEE THE 2020 ELECTION AND UNTHINKABLE RE-ELECTION OF PRESIDENT TRUMP WHO TGC /ERLC AND THEIR LEADERSHIP HAVE FOUGHT TOOTH AND NAIL.

“In all likelihood, the Church will face the same stark choices and the same potential for misunderstanding, disunity and tribal politics. This time, however, we have an opportunity to approach politics and the election differently… like Christians… like the pilgrims and aliens we are in the world.”

MAKE NO MISTAKE ABOUT IT- TGC WOULD HAVE ENDORSED HILLARY CLINTON – SOME IN FACT DID  .

“The goal of Just Gospel 2020 is NOT to engage in partisan debate or endorse any party’s platform. Nor is our goal to bind the consciences of attendees to a particular policy prescription the Bible does not require. We will not recommend or even comment on any candidate.”

THE ACTUAL GOAL OF THIS ENTIRE HIP HOP /TGC URBAN MOVEMENT POLITICAL .IT IS DESIGNED TO MOVE THE SBC /PCA AND CONSERVATIVE CHRISTIANS TO THE LEFT – WELL PAST CENTER.

THE COLLABORATION WITH “&CAMPAIGN ” SHOWS NOT A MIDDLE OF THE ROAD POLITICAL ENGAGEMENT BUT FULL ON RUSH INTO THE OBAMA POLITICS OF THE PROGRESSIVE FAR LEFT VIA LEADERSHIP FROM MICHAEL WEAR IN THE TGC AND & CAMPAIGN .

How long will Christians accept any of the TGC’s work or people at face value ? How long will they continue to SUCCESSFULLY USE minorities and minority culture and even “Christian Hip Hop ” to appeal to and corral young hearts and minds to enable their own vision?

If you are in the WOKE- then you  need to awaken . You are being used by  plantation owners of a slightly  different sort -yet all to the same self serving ends for those who wish to traffic you -your life- your dreams and your faith .Eternity is hanging in the balances while tgc leaders court nickels and noses in a political sell out.

6 Do not eat the bread of a[b] miser,
Nor desire his delicacies;
7 For as he thinks in his heart, so is he.
“Eat and drink!” he says to you,
But his heart is not with you.
8 The morsel you have eaten, you will vomit up,
And waste your pleasant words.