Many Conservative Christians love and trust World Magazine as a source of news and “World” events .They count on unique insights from a Conservative Christian Worldview and the work long time World editor Marvin Olasky. By reputation Olasky is a Christian saved from the world of Marxist ideology after reading the New Testament in Russian .

WHO IS MARVIN OLASKY?

“Our world needs more people who are intent on seeking wisdom. And WORLD is working hard to bring you insight into current events so you can share with others a richer, more considered view of the news from around the world. As many have come to expect, WORLD reports the news from a Christian worldview: interpreting world events under the reality of the Christian faith. We strive to provide clarity—relying on the talents of highly skilled, professional journalists and commentators—so you receive stories that are fact-based and put into their proper context. You get the news straight up, unburdened from points of view that fight against ultimate truth.”

Olasky is known for having literally “written the book ” (The Tragedy of American Compassion) on Christian charity and volunteerism that in many ways brought about the “Compassionate Conservatism” strategy and embrace of the now infamous Faith Based Partnerships of the George W Bush Presidency  . Bush first applied the Olasky ideology in Texas as Governor and then nationally as President. In the view of some, including this writer, these programs have greatly compromised Christian understanding of and ministry vision and the church in America has never recovered .

EVEN OLASKY HAD CONCERNS…OR DID HE REALLY?

Though credited with having inspired the “Compassionate Conservatism” of President  George W. Bush, Olasky was among those who expressed concerns over Faith Based Partnerships model. Was this nothing more than DIALECTIC dialog for the public consumption?

As we shall see Olasky is now working to promote one of the organizations called the & Campaign  co-led by Michael Wear whose work in the Obama FBP made the “worst fears” of Olasky over these programs become a horrifying NIGHTMARE reality for American Christians and their churches.

SOME CONTEXT FOR THE CONCERNS FROM THE NYT

“The White House, which opened its Office of Faith-Based and Community Initiatives just last week, was prepared for attacks from civil libertarians and religious leaders who have said his plan will undermine the separation of church and state.”

“But now the initiative is under fire for different reasons from conservative religious leaders who should have been Mr. Bush’s staunchest allies. In recent days two longtime Bush supporters, the religious broadcaster Pat Robertson and Marvin Olasky, author of the book ”Compassionate Conservatism,” have attacked the idea of encouraging partnerships between government and religious groups, and other conservatives are raising similar doubts.”

“Their concerns reflect long-held fears among conservative and evangelical Christians that by accepting government financing for endeavors from homeless shelters to job training programs, religious programs invite government meddling in their mission and message.”

This writer has reported a great deal on the concerns about the Obama era reforms of the FBP and how it was used to compromise Conservative Christian denominations and ministries like the Southern Baptist whose head CEO of the SBC Executive Committee joined WITH radical homosexual lobby and funding groups like the Human Rights Campaign and ARCUS to “find common ground for the common good”. These “partners ” were also joined by radical Islamist group leaders and socialist “Christians” like Jim Wallis and Joel Hunter for a opportunity to cash in on big tax dollars.

OLASKY IS PROMOTING BOTH WEAR AND &’S JUSTIN GIBONEY

The & Campaign’s stated purpose is the “disrupt the 2020 elections” and to promote “Biblical Values & Social Justice . One of the & executive leaders is Justin Giboney an Atlanta Attorney and a Democrat Party strategist and Obama 2012 delegate and a (presumed Hillary Clinton) Democratic delegate for 2016 election.

Michael Wear is & Campaigns other executive leader .Wear was a 20 year old White House staffer and helped oversee Obama’s FBP reforms and draw conservative evangelicals into it’s dangerous compromises. His key role in this work is recounted and celebrated by other sell out evangelicals like Russell Moore and Tim Keller in Wear’s book “Reclaiming Hope”

“Influencing The World Through Christ”

“Patrick Henry College exists to glorify God by challenging the unacceptable status quo in higher education, lifting high both faith and reason within a rigorous academic environment; thereby preserving for posterity the ideals behind the “noble experiment in ordered liberty” that is the foundation of America”

OLASKY AND THE GILBONEY /&CAMPAIGN INTERVIEW

Dr. Marvin Olasky, Editor-in-Chief of WORLD Magazine is back for another week of “Newsmakers” interviews! This April, he will be interviewing 11 national leaders covering topics of political strategy, public policy, religious liberty, criminal justice reform, gender identity, and philanthropy. ”

“Join us April 2-10, 2019 in the Barbara Hodel Center in person or online to participate in these sessions.  We encourage you to share this exciting opportunity with your local community. Admission is free and open to the public.”

1. Justin Giboney: The “And Campaign” for Redemptive Justice

NOTE: Obama Administration’s Michael Wear the & Campaign’s other executive leader  was interviewed by Olasky two years ago in the same Patrick Henry College forum.Wear is pictured above third from left on the bottom row.

SOME DISTURBING DETAILS OF THE  JUNE 2016 GIBONEY  INTERVIEW

*Olasky promotes the social justice agenda of & campaign as compatible with “Biblical Values” ( as a former communist how does Olasky NOT recognise the socialist/ Marxist ideologies behind the Social Justice narrative of &Campaign and Giboney?)

*Giboney is not debated or challenged by Olasky on ANY of this crafted talking points. Instead Gilboney is allowed to recruit from the students of Patrick Henry College, most being from conservative Christian families and many homeschooled .

*Olasky promoted the same perspective as & Campaign and others like 9MARKS  Mark Dever and Jonathan Leeman on  the” problematic position” for Christians politically being  “single issue voters”  or pro life /anti-abortion. Lots of fake talking points and carefully crafted effort going on here.

*Giboney and Olasky promote the DEADLY  “Third Way ” compromise of “Fairness for All” on Religious Liberty and LGBTQ rights .

*Olasky ask for Giboney to refer Conservative Christians to news sources “from the other side” to better understand them. Giboney recommends Communist Van Jones of CNN and the Obama administration.

Van Jones was “outed ” by Conservative talk show host Glenn Beck and forced to resign and be reassigned in a less visible role in the Obama regime.

HERE IS THE PHC OLASKY AND & CAMPAIGN’S JUSTIN  GIBONEY INTERVIEW 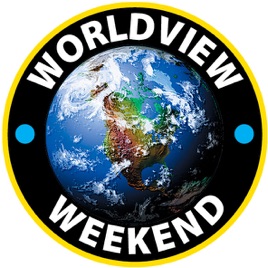 THE QUESTIONS THAT LINGER 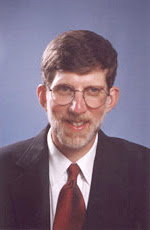 *Why is Olasky allowing the  promotion of the propaganda of Fairness for All” ?

*Why is a former Communist like Olasky unable to recognize and leave & Campaign/ Giboney’s Cultural Marxist ,Social Justice and Third Way politics unchallenged?

*Why is Olasky in agreement with Giboneys positions above- especially on Third Way political strategy given its origins and Olasky’s past?

*Why does Olasky NOT challenge Giboney’s promotion of Communist Van Jones ?

Is World Magazine COMPROMISED  or compromising with & Campaign politics?

Is Patrick Henry College a safe place for your conservative Christian STUDENTS and homeschool graduate?

Is Marvin Olasky still a communist at heart? Then why as a Christian does Olasky NOT SEE that & Campaign is clearly a Democratic Party/ Obama Foundation operation FILLED with Cultural Marxist ideology? WHY is he promoting it ?