ONCE CONSIDERED BY PRESBYTERIANS AS ORTHODOX REFORMED,KELLER NOW LIVES OPENLY AMONG THE RUINS OF QUEER THEORY AND OBAMA FOUNDATION POLITICS .

Amid your Corona Virus exile from public life Q Ideas and Tim Keller want to bring you a “Virtual Summit ” complete with virtual Dinner Conversations . For Keller it is a coming out of sorts as he does a FULL FRONTAL with his close associations with Revoice LGBTQ Thriving and the progressive Third Way Politics of The & Campaign. Tim -you would have served the church well to have exposed yourself fully in 2008 before becoming mainstreamed among conservative believers. BUT that would kind of defeat the goals of an EVANGELICAL  CHANGE AGENT .

In 2018 a researcher tied Tim Keller ,a PCA minister and the founder of The Gospel Coalition, to the new Revoice LGBTQ Thriving Conference via his disciple Scott Sauls who mentored the Revoice founder Nate Collins work in Nashville and endorsed the July event. Keller was appearing in June 2018 in London at the Living Out Confernce of TGC speaker and editor Sam Allberry as Sam and Living Out both promoted Revoice “for their US audience “.  As the Revoice story blew up -it THE defining issue of the next 18 months for the PCA as well as the shaking the ground  beneath the feet of the  Southern Baptist. Still Keller was able to maintain some  “plausible deniability of direct ties to Revoice .

More on the unfolding story of TGC ties and Keller and pals ties to Revoice here:

The forces and ideologies behind Revoice pro LGBTQ Thriving movement had already  invaded conservative seminaries and have set a PCA split fully in motion. Still Tim Keller maintained a “comfortable distance ” from the epicenter of the controversy in most peoples minds.

The researcher who broke the Revoice story was yours truly. It was far from a day in the park to maintain the pressure that Keller was involved behind the scenes with many of the forces in and behind Revoice and the LGBTQ push into conservative evangelical churches. MANY people in the PCA and SBC LOVE  themselves some Tim Keller…and will gnash on the flesh of anyone who dares question or point to Keller compromise.

Also Keller’s skewed politics in the Obama era have had some light shed upon them .

Still Keller again maintained some plausible deniability of his third way , pro Democratic Party endorsements. His young TGC disciples came forward in 2018 , like Revoice , to help in the leadership of the & Campaign with the Obama Foundation “Ambassador to America’s Believers”, Michael Wear who is also a TGC contributor, and Justin Giboney a Democrat Party strategist and Obama and Hillary Clinton delegate .

Now the old partners of Good Faith who met in 2012 with President Obama in the White House to offer the head of the Conservative Evangelical on a silver platter , have joined forces again during the campaign season over a second term for Donald Trump Presidential reign.

Keller, Kinnaman, and Lyons are speaking out in the midst of the Corona Virus lock down with a “VIRTUAL SUMMIT  “.

“Due to COVID-19, we are making this year’s Q Conference an all-virtual event that will be more relevant than ever. We are confident this decision provides an impactful way for leaders from every channel of culture and all around the world to continue to unite for important conversations about our current and quickly changing context.”

WHAT YOU CAN EXPECT

“When you participate in the Q 2020 Virtual Summit, you will experience forty curated talks, panel interactions, Q&A opportunities where we feature the changing state of society. From the global view to our local communities, the opportunity to lead change has never been more ripe. Participating in Q includes:”

Tim Keller is the senior leader among the Virtual Summit Speakers 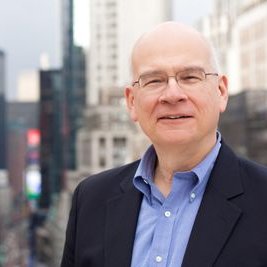 SUMMIT TOPIC- “THE YEAR WITH NO SUMMER”

Crouch is the former editor of Christianity Today which continues to publish articles by Revoice leaders. Crouch himself is on the Revoice leadership panel.

SUMMIT  TOPIC -“THE MEANING OF GENDER”

Sprinkle is a Masters Seminary Graduate and heads the Center for Faith ,Sexuality and Gender “. He is also a  speaker and one of the primary leaders of the Revoice movement.

“Michael Wear serves as Chief Strategist and member of the executive leadership team for The AND Campaign.

“Justin Giboney is an attorney and political strategist in Atlanta, GA. Mr. Giboney has managed successful campaigns for elected officials in the state and referendums relating to the city’s transportation and water infrastructure.

In 2012 and 2016, Georgia’s 5th congressional district elected him as a delegate for the Democratic National Convention and he served as the co-chair of Obama for America’s Gen44-Atlanta initiative.”

“Kori Porter is a campus minister on the campus of Princeton University. She previously served as assistant campus ministry director at University Reformed Church in East Lansing, Michigan.” Kori is also a leader of the & Campaign and a TGC contributor

Preston is a “poet and apologist” and husband of Jackie Hill Perry. Both are popular speakers with TGC events and Preston is an & Campaign leader

There are an assortment of other Strange KELLER bedfellows as a leader in the conservative PCA church – like Charismatic oddity Bill Johnson of Bethel Church and the wearisome David French. See for yourself the lineup of Summit speakers lest we belabor the point here.

TAKE NOTE- Revoice is splitting the Presbyterian Church of America which is Keller’s denomination and he is working openly now with it’s leadership.

OBAMA POLITICS FROM HELL :AN 8 YEAR LOCK DOWN

& CAMPAIGN is straight Obama Foundation and Democratic Party politics without a chaser .

Pro LGBTQ billionaire Paul Singer who was the central force in ending GOP opposition to gay marriage is helping partner with & Campaign to push for “Fairness for All compromise on LGBTQ and Religious Liberty as an alternative to The Equality Act which Singer is also funding and backing through activist groups like The Human Rights Campaign . Either way -the church loses and the activist win over Religious Liberties in America. & Campaign is doing similar activist business of Muslim and Refugee Rights, Borders, Prison Reform and other progressive agendas as it seeks to combine “Biblical Values & Social Justice” with voices from the far left and TGC’s young stable of pastors.

AWANA ( THE GLOBAL LEADER IN CHILD AND YOUTH DISCIPLESHIP)

But at some point they go beyond Plausible Deniability and must own their true inner selves .

Thanks Tim Keller for finally showing us your true colors.

“As a part of the Q 2020 Virtual Summit, gather with those closest to you for a special Q Dinner experience. Building on the content you’ve already taken in throughout the Q 2020 Virtual Summit, we will provide questions and an experience designed to spark connection and meaningful conversations with those seated around your dinner table, making this an experience you won’t soon forget.”

BUT REMEMBER THE DINNER WARNINGS OF SOLOMON AND BUY THE TRUTH AND SELL IT NOT.

Listen to Your Father

1When you sit down to eat with a ruler,
Consider carefully what is before you;
2 And put a knife to your throat
If you are a man given to appetite.
3 Do not desire his delicacies,
For they are deceptive food.

4 Do not overwork to be rich;
Because of your own understanding, cease!
5 [a]Will you set your eyes on that which is not?
For riches certainly make themselves wings;
They fly away like an eagle toward heaven.

6 Do not eat the bread of a[b] miser,
Nor desire his delicacies;
7 For as he thinks in his heart, so is he.
“Eat and drink!” he says to you,
But his heart is not with you.
8 The morsel you have eaten, you will vomit up,
And waste your pleasant words.

9 Do not speak in the hearing of a fool,
For he will despise the wisdom of your words.

10 Do not remove the ancient [c]landmark,
Nor enter the fields of the fatherless;
11 For their Redeemer is mighty;
He will plead their cause against you.

12 Apply your heart to instruction,
And your ears to words of knowledge.

15 My son, if your heart is wise,
My heart will rejoice—indeed, I myself;
16 Yes, my [e]inmost being will rejoice
When your lips speak right things.

17 Do not let your heart envy sinners,
But be zealous for the fear of the Lord all the day;
18 For surely there is a [f]hereafter,
And your hope will not be cut off.

19 Hear, my son, and be wise;
And guide your heart in the way.
20 Do not mix with winebibbers,
Or with gluttonous eaters of meat;
21 For the drunkard and the glutton will come to poverty,
And drowsiness will clothe a man with rags.

22 Listen to your father who begot you,
And do not despise your mother when she is old.

23 Buy the truth, and do not sell it,
Also wisdom and instruction and understanding.